The Wabun Youth Cultural Gathering is continuing to provide a positive and educational experience for Indigenous youth in northeastern Ontario. The gathering which is in its 12th year, brought together First Nation youth from several Treaty Nine First Nations in northeastern Ontario for a three day winter event which was held at the Elk Lake Eco Centre in Elk Lake, Ontario. The event was held from February 20 to 22, 2018 and featured traditional teaching, cultural sharing and youth empowerment and support. 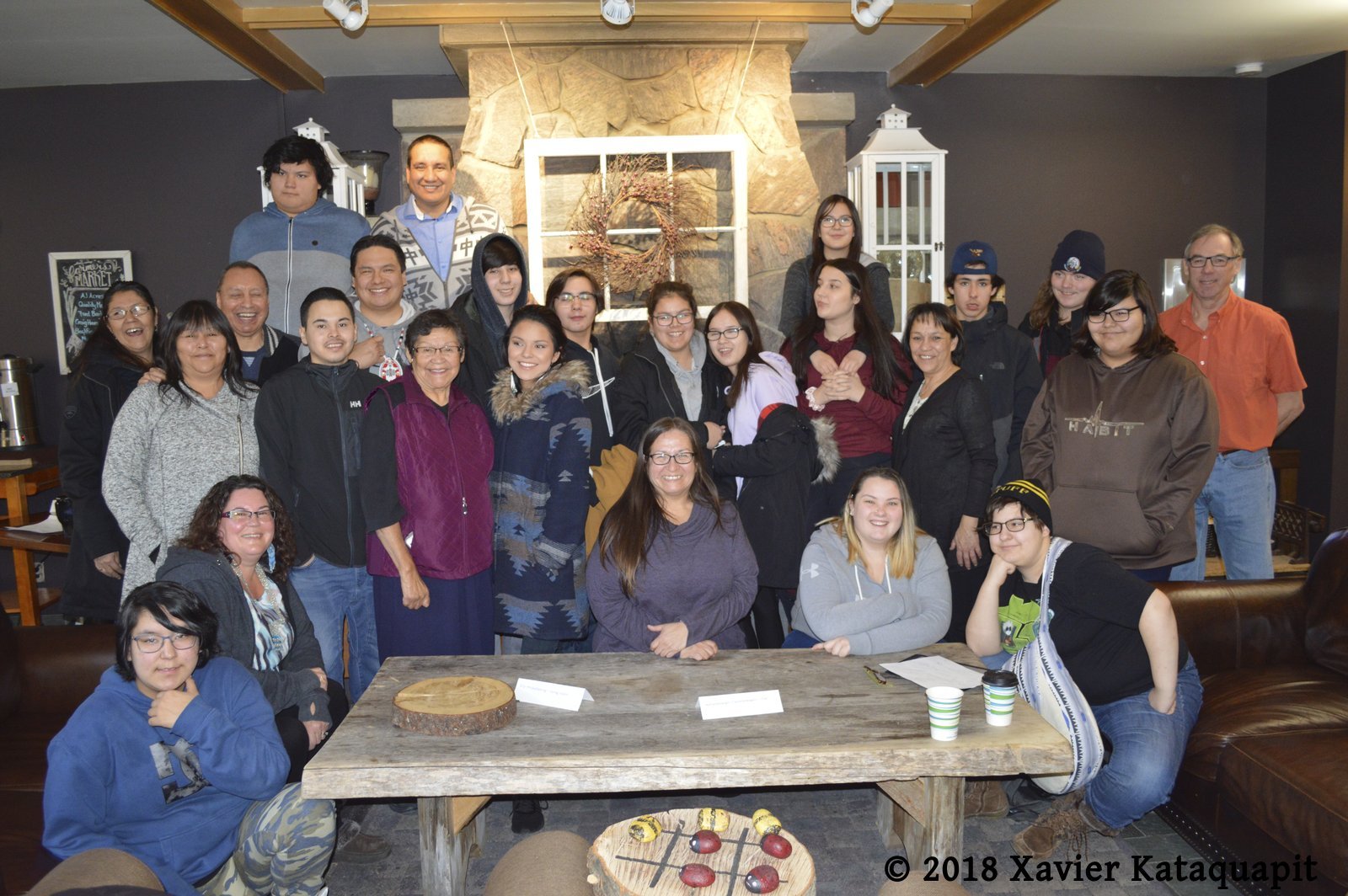 The gathering was sponsored by Wabun Tribal Council Health Services based in Timmins and Health Canada. Funding support was also provided by Nishnawbe-Aski Nation (NAN). The event was coordinated by Faye Naveau, Regional Crisis Coordinator for Wabun Health Services.

“I’ve been coming to these gatherings from the start. Now as a senior youth, it brings back old memories and I get to make new ones too. I get to reinvent myself because it builds my self confidence and I learn about new things. I’m really thankful to my parents for asking me to take part in this gathering and to all the organizers for making this possible,” said Ethan Naveau, Mattagami First Nation.

Deputy Grand Chief Derek Fox, NAN, took the time and made the effort to drive all the way from Thunder Bay to attend the Youth Gathering.

“I hope and trust that we are going to see great leaders coming from our youth. Gatherings like this are so important because the youth make connections to each other and learn about each other. It important that our young people get an education, traditional teachings and they realize that we have to support one another,” said Deputy Grand Chief Fox. 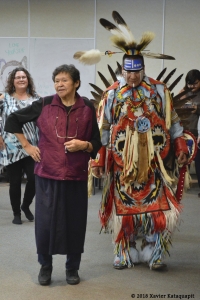 Local Elder Vina Hendrix of Matachewan First Nation led in ceremonial prayers for the opening and closing of daily activities and was on hand to share her traditional knowledge. Visiting Elder Russel Auger, from Big Stone Cree Nation, Alberta, led youth in a variety of workshops and group sessions that dealt with social issues, youth empowerment, healing from traumatic past and positive affirmations.

“I’ve always believed that love is the most powerful tool we can use to empower our youth and that is the main message we wanted to give them here,” explained Elder Auger.

The event was also facilitated by the Running Thunder Traditional Dance Group and Teachers, from Alberta. The group was led Adrian LaChance, Men’s Traditional Dancer of James Smith Cree Nation in Saskatchewan along with Dale Gadwa Jr, Mens Grass Dancer, of Kehewin Cree Nation, Alberta and Alicia Cardinal, Fancy Shawl Dancer of Lac La Biche, Alberta. They led the youth in several group sessions, activities and sharing circles. The final day of the event featured the dance group in full regalia as they performed for the participants and during breaks provided traditional teachings about the songs and dances. LaChance is well known across Canada as a traditional performer, teacher and workshop facilitator.

The Wabun Youth Gathering was developed by Wabun Health Services over a decade ago as a means to provide support for youth from its member First Nations. This was the first event to include additional First Nations in the surrounding NAN territory in northeastern Ontario.

“It is so important to host these events for our youth. After holding this event for so many years, we are starting to see positive changes in our young people. They are becoming more informed about addictions, social issues and historic traumas that all affect our lives,” commented Faye Naveau.

Jean Lemieux, Wabun Health Director was thankful to NAN, the Wabun Tribal Council Chiefs and to Wabun’s Executive Director Jason Batise for their support in making this event possible.

“The Wabun Youth Gathering is special to us as it was the vision of our late Elder Thomas Saunders of Brunswick House First Nation who wanted to see our young people brought together in a supportive and educational gathering like this. It is a major achievement to see how much we have affected our youth over all these years. Our main message to them has always been the importance of education, to remember their heritage and to know that they can achieve their dreams,” explained Lemieux.